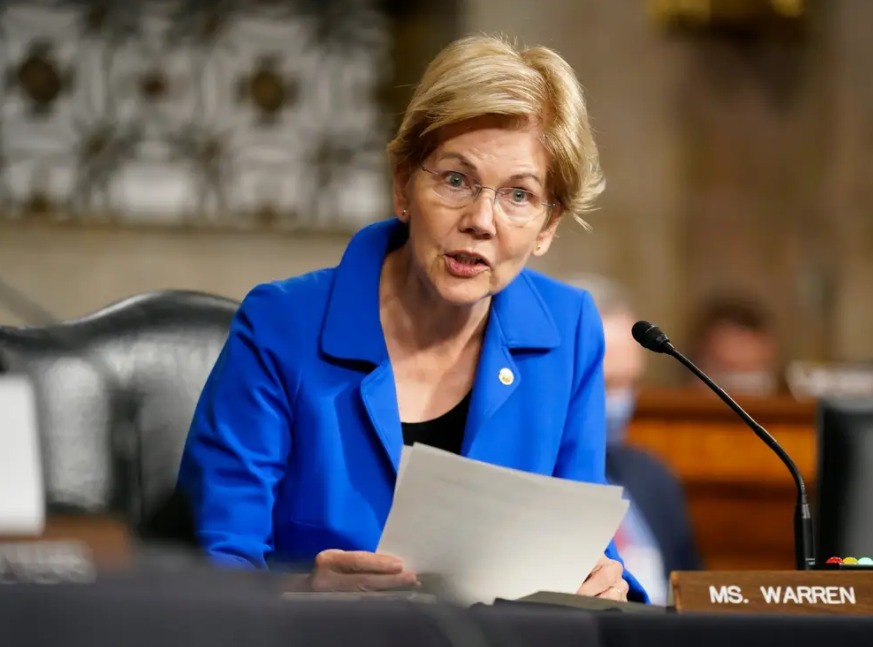 On Monday, Warren led four of her Democratic colleagues, including Ohio Sen. Sherrod Brown, in sending a letter to Maximus, the company that is taking over 5.6 million borrowers' accounts after Navient concludes its federal loan servicing contract in December. While Warren told Insider in September that the student-loan industry will be "far better off" without Navient, citing its decades of abusive practices, the progressive senator has concerns with how Maximus will handle millions of new borrowers.

"It is critically important that your company perform at a high bar and with increased transparency to provide the best possible service to borrowers and end a history of loan servicer abuses," the lawmakers wrote to Maximus' CEO Bruce Caswell.

Navient CEO Jack Remondi said in a statement in September that "Navient is pleased to work with the Department of Education and Maximus to provide a smooth transition to borrowers and Navient employees as we continue our focus on areas outside of government student loan servicing."

If you are a borrower with loans being taken over by Maximus, we recommend keeping very careful notes to ensure there are no mistakes on your student loans.

Black student loan borrowers face staggering repayment plans that stretch on for decades, making it impossible to afford basic necessities like rent, food and health care, according to a new report.

Loans were repeatedly described as a “lifetime sentence” in interviews with 100 degree holders. For those enrolled in income-driven enrollment plans that stretch on for upwards of 20 years, growing balances are “shackles on their ankle,” and “like Jim Crow,” with virtually no chance of total repayment.

Health scares, job insecurity and refinancing homes or vehicles with high debt-to-income ratios have derailed borrowers’ futures and compounded stress, according to the Education Trust report, “Jim Crow Debt: How Black Borrowers Experience Student Loans”. Many feared the only way out from under would be, “taking it to my grave” or “when I die.”

Many of the 1,300 Black student loan borrowers surveyed by the Education Trust are unable to access economic freedom because of their debt. An overwhelming majority cannot sustain savings, according to the advocacy nonprofit.

Ohio State University has launched an ambitious, 10-year plan to raise $800 million to eliminate all loans from financial aid packages given to undergraduates.

"It's not free college, it's not free tuition," says Kristina Johnson, the president of Ohio State, "but can we take one of the largest universities in the country and develop pathways for our students so that they can graduate debt-free?"

The school, which graduates more than 8,000 undergrads a year, says about half of those students graduate with debt. On average, graduates leave the university owing about $27,000, an amount that is in line with national averages for students completing a bachelor's degree.

"We have surveyed our students and what they tell us is that with $27,000 in average debt, they're making choices that they otherwise would not have made. They're not going to graduate school, serving their community, buying a house," says Johnson. "We want people to follow their passions, what they're really interested in, because we know when they do that, they're going to be most successful, satisfied, happy and fulfilled."

If you're college isn't raising money to pay off your loans...stay tuned. The Fundfly platform will be live soon.